Today we have gone to London. At 9:00 we have met all together at Worthing Station, to take the train to London Victoria Station. The first thing we saw after getting out of the station was the BUCKINGHAM PALACE, and curiously today, the security guards that were making the change of the guard.

We have also seen the typical buses and some modern buildings.

After admiring this beautiful place, Steph, our guide, who was very kind and very nice took us to Trafalgar Square, where she explained us that there is 1 statue that is changed every year and there has been very random statues, such as fingers.

Continuing with our expedition, we have gone to take a boat in Thames river. At 13 30 we took a boat and we have sailed through the river and picked up more people of the London Eye. We have passes by 5 London's bridges. Another detail is that the guide of the boat was so funny and had a lot of "English Humor" . Before arriving to the boat, we passed very near to the BIG BEN, which is under construction. It will be finished in 2 years.

During the trip in the boat where we saw some important buildings like London Eye or London Bridge we had lunch. Then, when the trip finished we took some pictures of the London Tower. 10 minutes later we took a subway to the centre of London. When we arrived there we sent to Hamleys for 20 minutes and then we went to a square that was the meeting point after two hours of free time. Also we took a picture of the whole group in the central fountain of the square.
Since that moment we had 2 hours and 10 minutes of free time. Groups bought food, souvenirs and others things. It has been a tired day but very funny. 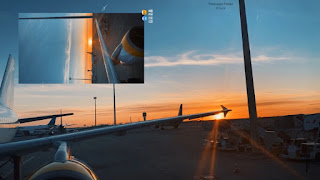 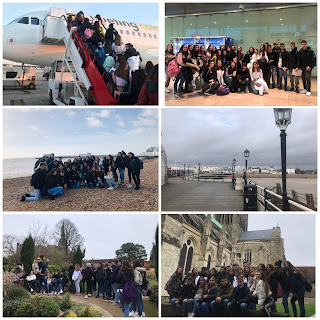